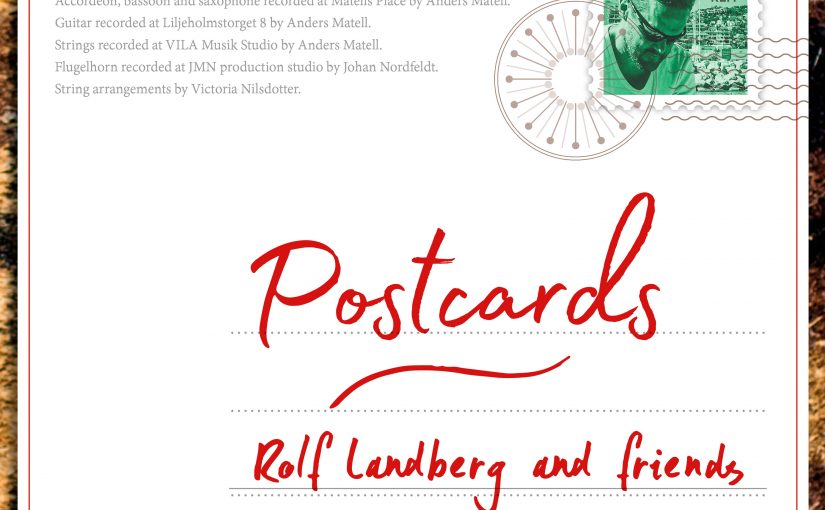 Album released digitally in the fall of 2017

The music on “postcards” is in the borderland between jazz, folk music, movie music, minimalism and program music. The music is intended as soundtracks for moods and emotions. Like a postcard from a certain time and event rather than a specifik place.

It´s an experiment and exploration of sound compositions and instrumentation. My compositions usually starts from the melodic percussion instruments such as marimba and vibraphone. I have been looking for new sound on this album and found sounds with the help of mixing only acoustic instruments.

All music written by Rolf Landberg